It is almost poetic justice that the last time I wrote was on Labour Day, 2019. Not long thereafter, I went on a slurry of vacations from Bangkok for 2 bachelor parties, Georgia for a wedding, a multitude of places for Europe, finally ending my streak by attending the Pride parade in Taipei 🏳‍🌈

I have included some photos of my travels in this blog. All photos are licensed CC-BY 4.0. 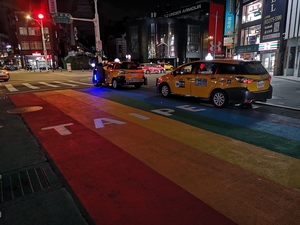 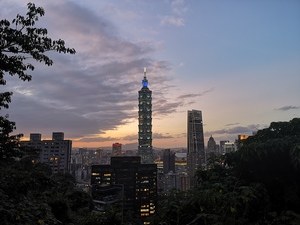 During this time, many things had happened but most notably that when I was in Berlin, I had decided to transition; I am transgender. This post will get pretty personal, but serves as a reminder that queer people do exist and highlights some of the struggles we go through. Hopefully it will serve as an inspiration for other queer people that are still going through something similar. 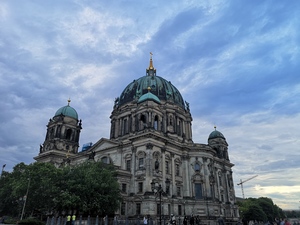 The earliest times I can recall feelings of gender dysphoria was when I started to attend secondary school, age 13. Not understanding what I was going through, I looked up the symptoms and wondered if it had simply to do with me undergoing puberty. I was an already in-denial homosexual, knowing that I had guy crushes that I had to suppress and going out with girls under the peer-pressure of my friends. At the time, what I was going through was still called gender identity disorder.

Asian society is highly conformist and collectivist, with deviance being punished. I grew up in such a household as an Evangelical Christian and attended an all-boys school with a Christian background. It doesn't help that I live in Malaysia;- a country while progressive for being an Islamic country, is otherwise very socially backwards. This meant that there was no room for questioning or being open about oneself. When I first started going through these feelings in my head, I thought I would test my boundaries. Scene/emo fashion seemed to be something I could resonate with while being very NGC (non-gender-conforming), and allowed for a space where people could share how they felt. I was able to get by wearing tight jeans and shirts with tonnes of accessories but for my entirety of high school had a problem of "misbehaviour" because I refused to cut my hair [1]. I'd have my hair cut by teachers every other school assembly and resent seeing a hairdresser. I soon discovered the boundaries to which I could safely stretch when I coloured my nails. First with liquid correction fluid, and later actual nail polish during school break. I got called out by someone I knew through my church youth group during a church event and felt greatly embarrassed by it.

How did I allow these feelings to get so out of hand?

This triggered my first wave of "repression" [2], conformity. I'd be lying if I said I enjoyed my time alive then. I was able to keep happy on the surface, presenting as the best version of myself there had ever been. I started getting good at my grades, being actively involved in the debate club, and began actively participating in church activities. For some time I even gave my brother my computer, refusing to use it any more. The computer meant community, games, coding, and actively keeping myself happy. I wanted to withdraw from those feelings. 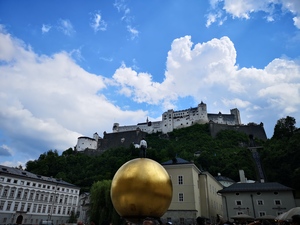 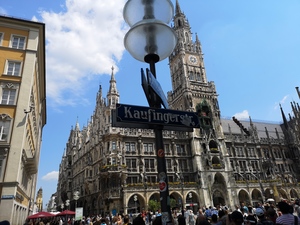 Some time later, for Gawai, my dad gifted me with my first laptop/tablet. I was able to geek out again! For a while, I was able to distract myself from my dysphoria, ignoring it. Those feelings became harder to ignore when I started developing feelings for another person at school that also turned out to be queer. Through them, I started opening up again, feeling safe to do so. I started meeting other queer people and felt less alone, not that I had ever truly been;- I just did not want to out myself by associating with the school "pondans" [3]. I started dressing and feeling like me again, albeit this time in more colour. 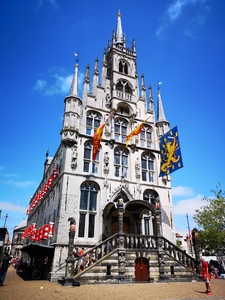 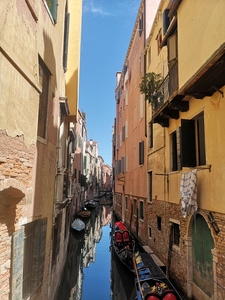 This period did not last long, but took years to slowly die out starting when I entered a cis-het relationship [4]. I recall telling her that she "had cured me of the gay", and I went through the process of trying to be normal. It was around this time that I entered university confused and not knowing what I was doing. The relationship was unhealthy and eventually fell apart, and I completely let myself go. I was lucky enough to be able to go through university without paying much attention to classes because I had already spent half my life being a computer nerd. I exposed myself to extra stress but at the very least some exposure by doing various gigs while at the university. I completed my final year project quite easily and landed my first steady income at a part-time job while also working as a part-time research assistant at the university continuing to work on my final year project. 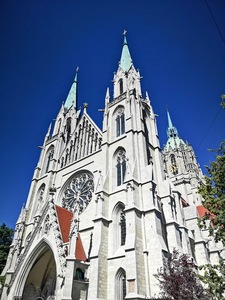 A funny thing about the human mind is that we seem to desire a belief system or ideology to lean upon. For me, it had always been free software but this being around the time of cryptocurrency's boom, it became much more than that. I started getting involved in far more than I could handle and tried to distract myself from whatever underlying problems I had. The combinations of all these things did lend to me having quite a bit of money, but it also meant I was able to sustain heavy substance abuse. At some point I was smuggling a bottle of liquor a day to get through my work in the research lab.

The research lab is interesting, and what I was working on was also an interesting domain. I was surrounded by webcams and CCTVs. If you know anything about gender dysphoria, this already sounds like a terrible setup. I was constantly seeing myself on every screen and constantly resenting my existence. I tried to persist this for months until I reached a point where I was no longer able to work. I had to run away or stop existing. 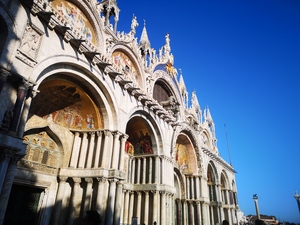 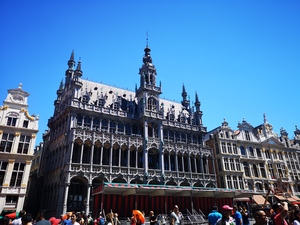 One persistent dream I always had was to sail out on a boat to sea, far away from the sight of land and I'd drown myself. I'd wrap myself in the chains of an anchor and lean off the boat. One day, I received an offer from a friend of mine for a job as Javascript Developer based in Penang, a small island off the northwest coast of Peninsular Malaysia. Perhaps that's my chance for escape, I thought. I quit my job and left my research assistant role without compensation and applied for the job. Given my lack of suitable experience, I was offered an internship instead;- another blow for my confidence.

After a few weeks at the company, I still felt as if I wasn't able to perform up to the standards I knew I was capable of. I still struggled with crippling depression and the feeling of dying inside. I then decided to gradually delete all social media and disconnect myself from many of my friends. The suicide ideation in my head eventually became more strong than I could ever manage, and nothing I took could stop me from feeling that way. I was on my way home one evening from work and I knew exactly what I had to do that night, until I didn't. I received a call from my friend asking if I was alright. In spite of all the social media I had, I felt as if I was screaming into a void and that there was nobody listening. That call saved my life. 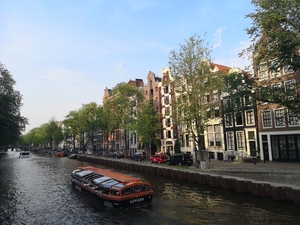 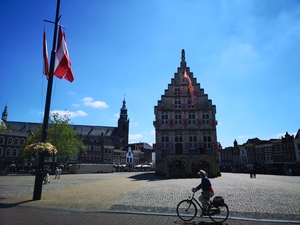 The thing about a conservative society is that you never feel safe telling anyone how you feel. There is no safe space for you to unwind from. In that position, I did not feel as if I could seek therapy or counselling because I feared being subjected to conversion therapy or something as terrible of sort.

I wish the story ended there, and that perhaps I had learned to accept myself, transition in attempt to relieve my dysphoria. Instead, over a year had gone by and I was still living with that torment over my shoulders. I did try to make changes, living as a gay man instead of as a transgender woman. At the same time, I still enjoyed "passing privilege" as a cis-het person because I was not too outwardly gay that it was still a surprise factor to people when I came out to them. 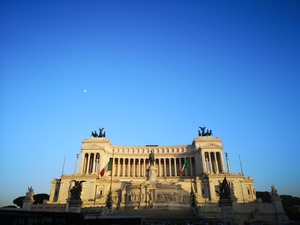 Naturally, it only became worse. Partying, travel, self-harm, and substance abuse was my only remorse. My suffering was always invisible, until it could no longer be. Even after that particularly amazing day in Berlin where I was staring at myself in the mirror and thought that I could begin loving myself, I was unable to do so once I arrived back in Malaysia from my travels. The cycle and pain continued until one day when I was in Vietnam, I decided to end my life. 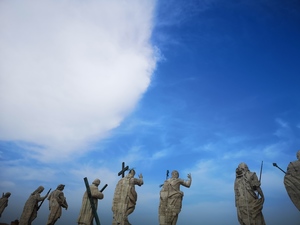 By some miracle, I woke up a few hours later covered in blood. For a while, I pretended like nothing happened. I was only back in Penang for a few days before I returned to my hometown, Kuching, for a metal concert where I told my best friends what had manifested a week before. I needed ears before I could accept it for myself, knowing that at least the people that meant the most to me were able to accept me.

I started to socially transition then, testing the waters by going by my "Kiyui" surname and they/them pronouns at the 2019 Polyglot Conference in Fukuoka. The talk, "Language, Gender, and Social Media" [5], by Abe Blackburn was one talk in particular that stuck by me and reminded me of the importance of pronouns and the power in a name. A week later, I attended the pride parade in Taipei and had started to present as "Dafne" for the first time. 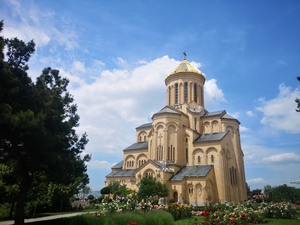 Many months have passed since that entire ordeal, and I'm still taking things day by day; Figuring out the things in life I have put in place to protect myself and the things I genuinely enjoy. I'd like to thank the folks at Piktochart who've been very supportive throughout this process and been there for me. While I still have to "boymode" [6] when going to the office and am still often misgendered with he/him pronouns, it's better than I could have ever asked for.

Still though, I wonder and worry for the future of Malaysia where LGBT individuals continue to be silenced and prosecuted, especially those of the Muslim faith. I do not know the future of myself and many others in this country, where even the 2019 Women's March saw backlash [7] due to the involvement of LGBT folks. I cannot even personally foresee my future in this country where public opinion is still fuelled by hatred, intolerance, and bigotry.